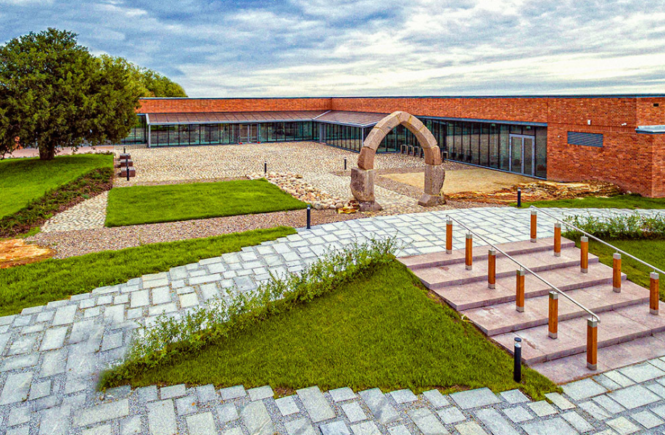 Erected at the beginning of the 14th century, the castle in Lubawa was the seat of the bishops of Chełmno (Kulm) for over 400 years (since 1773). Nicolaus Copernicus frequented here. When staying in Lubawa in the summer of 1539, encouraged by Bishop Tiedemann Gieseg and mathematician Georg Joachim Rheticus, he decided to publish his epic work De revolutionibus orbium coelestium.

After the fire in 1813, the castle went derelict and the locals took what remained of it to pieces, using the bricks and stones as building materials. All that remained were the remnants of the walls, one tower and an ogival stone portal in the courtyard. Interestingly, no drawings showing what the castle looked like survived.

The castle site was later transformed into gardens. The extensive and lengthy archaeological and conservation work undertaken in 1983 recently resulted in the reconstruction of the building. The walls were renovated, excavation work was carried out, and a pavilion was built in the courtyard which currently houses the Lubawa Centre for Social Activity. The glass walls and floors unveil the restored castle cellar walls. The facility was opened to the public and will be the venue of exhibitions of the historical artefacts found during the revitalisation of the market square and the former castle grounds. Several of the neighbouring streets and the area surrounding the castle walls were also renovated. This area along with the revitalised Lubawa Gardens (Lubawa Baths Park) nearby creates a beautiful tourism and recreational complex.

You can find more information at: www.lubawamojemiasto.pl

The ancient town of Reszel (granted the town charter in 1337) on the eastern periphery of Varmia can boast the best-preserved mediaeval urban layout in the region. On its southern and eastern end, Reszel Old Town is surrounded by a wide and deep gorge along which the River Sajna flows. In the 1930s, the walls of the gorge were developed and transformed into the 25-acre Reszel Urban Park. A rich tree stand has remained from those times and in some parts resembles a forest where hornbeams, elms and different species of conifer occur.

Over the years, the forces of nature caused much of the park infrastructure to be destroyed, making certain spots completely inaccessible. The recent revitalisation has restored the park to its former glory and made it even more attractive and accessible for the local residents and tourists.

In this enclave of nature with a specific microclimate, among verdure, lulled by birdsong and the sights and sounds of the river one can unwind and relax to enjoy some rest and recreation doing all sorts of activities and meeting up with friends and family. It includes illuminated paths for walking and cycling, four bridges over the river, a skatepark, a bike course, an amphitheatre, children’s play areas, chess tables, and spaces for recreation, fitness and relaxing. There are also several ponds and a fountain.

The Park is adjacent to the most important Gothic historic monuments: the Bishops’ Castle and the monumental Church of St Peter and St Paul. The slopes of the gorge are strapped together by the Gothic bridge (the High Bridge).

The Market Square in Pasym has Regained its Former Glory

Picturesquely set Lake Kalwa Wielka and Pasym with its unique atmosphere attract not only tourists but also… filmmakers. That is why the buildings of this quaint town can often be seen on our television screens. Among the films shot in the town and its surroundings are: Janusz Kijowski’s Kameleon (Chameleon), Cudownie ocalony (Miraculously Saved) directed by Janusz Zaorski, Jerzy Skolimowski’s Cztery noce z Anną  (Four Nights with Anna), andRóża (The Rose) by Wojciech Smarzowski, as well as the Dom nad rozlewiskiem (The Lake House) series.

The residents of Pasym are very hands-on in making sure that their town is getting more and more attractive by the day. This is reflected in the revitalisation of the town square which is central in their efforts. All construction work was preceded by archaeological surveys and investigations. This led to the uncovering of a fragment of the mediaeval foundations of the Town Hall, which burnt down in 1583, which has been displayed on the surface. The final version of the Town Hall design was greatly influenced by the indications of the Voivodship Conservator of Historic Buildings and Monuments. At present, the new granite slab and paving stone surface, the fountain, the lighting solutions, relaxation areas, and landscaping create the perfect setting for get-togethers, building relations, and organising outdoor events.

The Town Hall, erected in 1854-1855 in English neo-Gothic style, is on the western side of the market square. The design of the architect behind the project, Karl Junler, was based on the Babelsberg Castle in Potsdam, the summer residence of the German Emperor. The two-storey building was embellished with a low, four-sided turret. The body and turret were crowned with a crenellation, adorned with small towers in the corners.

Admire the Surroundings from the Water Tower in Olsztynek

In 2020, the revitalised seven-storey, 34-metre high historic water tower, dating back to 1906, was opened to the residents of Olsztynek and to tourists. A picturesque panorama of the town and its surroundings stretches from the viewing tower. The tower also accommodates a climbing wall and a conference hall where youth and cultural events are held.

Up until 2004, the tower was part of the town’s water supply system. Its unique, octagonal shape has become a landmark in the panorama of Olsztynek. Within the revitalisation, the facility was renovated and the former water tank was rebuilt and transformed into an observation tower offering an aerial view of the surroundings with the naked eye or binoculars. Inside the edifice, the stairs and the floor plan were modernised, as was the lift, in order to make it accessible to people with disabilities. The roof truss and covering were also replaced and the façade was renovated. Additionally, the technical building next to the tower was pulled down and the area around it was developed, creating access routes, pavements, disabled access ramps and elements of urban green space and landscape architecture.

All these efforts and procedures have revamped the over century-old building, endowing it with new functions. Its revitalisation is a good example of restoring historic sites to their former glory with a view to the needs of the local community. The water tower, apart from the Ethnographic Park, the rebuilt Teutonic Castle and Town Hall with the local museum have become a popular tourist attractions and the town’s flagship sites.

By: Rafał Śliwiak
Department of Sport and Tourism of the Marshal’s Office of Varmia and Masuria 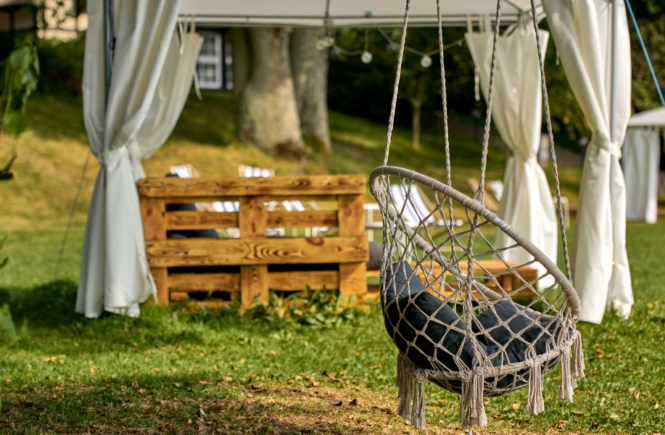 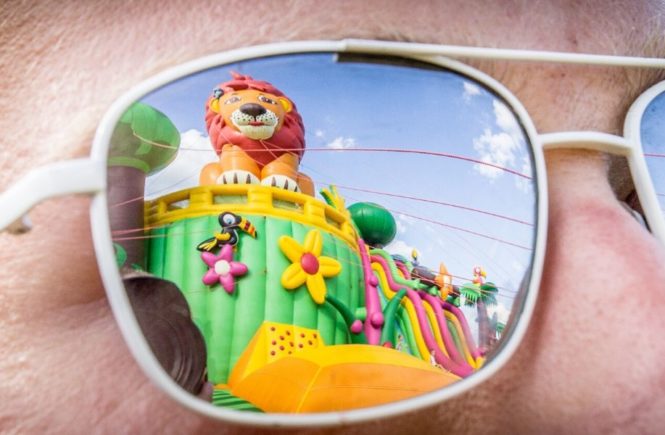