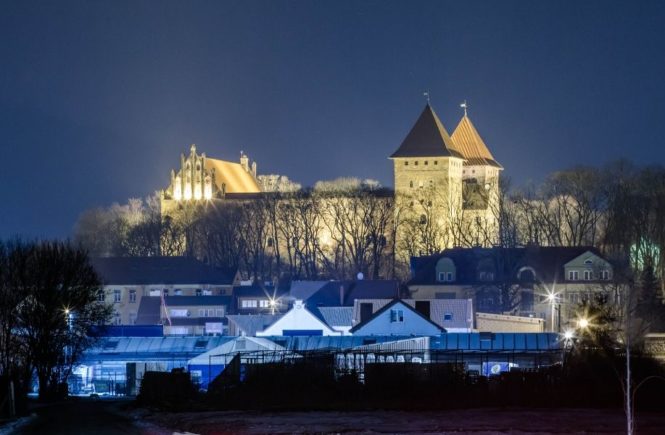 Gothic castles are a significant element among the various attractions of the region. In the past Teutonic castles in Masuria and bishops castles in Varmia were built as defense buildings and then settlements grew around them. In this article we will look at two towns with castles. Each of them is post Teutonic and dominates the town but  they have a different function now.

Let’s start with Nidzica where a brick castle was built in the 14th century. In the 19th century it was converted into a court and prison and later on it was destroyed in 1945. After the reconstruction, the castle is home to Nidzica Cultural Centre with a museum exhibition and hotel rooms. The museum consists of four rooms. In the first room there are exhibits showing the history of Prussians, the castle and the town. In the second room there are photos of Neidenburg before World War I and II, Masurian tiles and religious publishing in Gothic letters addressed to the locals. In the third room you can find copies of peasant infantry and knights armaments from the battle of Grunwald and in the fourth room there are Masurian cottage furnishing and household equipment. On the first floor you can see Hieronim Skurpski’s gallery, a Knights’ hall with polychrome from the 15th century and a Gothic vaulted ceiling. There is also ‘the Gallery‘a hall which was a former Teutonic granary, currently used as a concert and party venue.

For 20 years the castle has been the headquarters of Nidzica knights’ brotherhood that have taken  part in the biggest historical performances in Poland and abroad. Their training can be seen at 10:30am every Sunday. The Winter Trip includes numerous archery and fighting tournaments, a ladies’ run and group fights takes place annually at the beginning of February. www.rycerze.org.

Schlossbrauerie  Neidenburg brewery was opened in 1868 at the foot of the castle. After World War II, firstly, orangeade was produced here and  then fruit wines. Nowadays, it is a mead distillery based on local ingredients and resources that belong to the Culinary Heritage Network. www.miodynidzica.pl

On Tatary village’s fields 2km from Nidzica, you can find a glacial stone with an interesting history and impressive size, a circumference of 19m,a height of 2m, length 6,5 m and width 4m.In addition, 10 km from Nidzica there is a nature reserve where you can find the source of the Łyna River. It is a valley of an area of 120,54 ha with the highest point at the height of 190,7 m above sea level and the bottom of the valley at the height of 150 m above sea level. The valley is covered with deciduous forest that is estimated to be 120-140 years old. The forest consists of various trees species like- pedunculate oak, maple, hornbeam, silver birch, asp, pine and fir.

Now let’s go to Ryn. The castle here dating back to 14th century is situated on a hill between two lakes, Lake Ryn and Lake Ołów. During World War II it used to be a prison and after the war it was turned into a warehouse, mechanical plant, offices of municipal institutions and cultural institutions. Nowadays, it is a 4 star hotel with a covered courtyard of 950m2 and 8m in height that attracts vistors with several historical, cultural and culinary events. According to legend, the good ghost of the White Lady that brings luck walks in the halls of Ryn castle. It is probably Anna the wife of the Lithuanian prince Witold, who was walled up in here by the Teutonic Order and her ghost sometimes appears to visitors to the castle. www.zamekryn.pl

You can walk around Lake Ołów with a surface area of 61 ha on a recreational path. In summer and winter it is a favourite place of divers with a depth of 40m and numerous water attractions. The difference in water level between Lake Ołow and Lake Ryn is 7 m and the distance between them is 170m.The Teutonic Knights built a canal using water ifrom the castle well and mill. The canal still preserved till today and in the Mill Tavern Rynski is located, www.rynmlyn.pl, which belongs to the Culinary Heritage Network and a shop Masuria Taste with a wide range of regional, culinary products. It is worth a visit!

Unfortunately, in autumn as well as in winter you cannot visit the museum with exhibits such as: tiles, a 19th century so called dugout boat taken from Ryn Lake, a magical mirror’ in front of which couples can check their loyalty, female underwear with ‘pants with a flap’ and a walled alive and handcuffed to a wall Masurian witch, a Gallery with a lantern by local artists and a Water Tower from the 19th century with a view on the castle, town and lake.

However, you can visit Nakomiady which is 10 km from Ryn which is highly recommened because there is a beautifully renovated palace and a ceramic manufacturer where craftsmen make by hand replicas of portals, stoves, glass-block walls, tiles and many other ceramic art masterpieces. www.nakomiady.pl

You can relax in Masuria throughout the year so feel free to come! 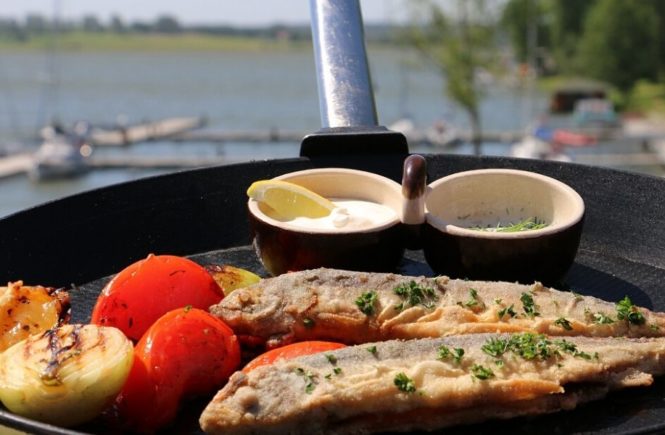 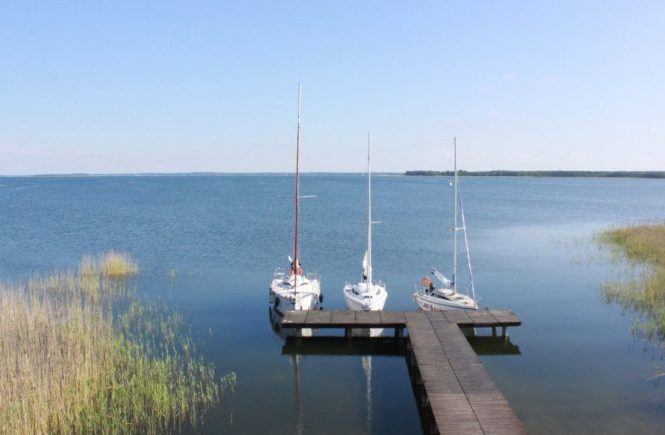 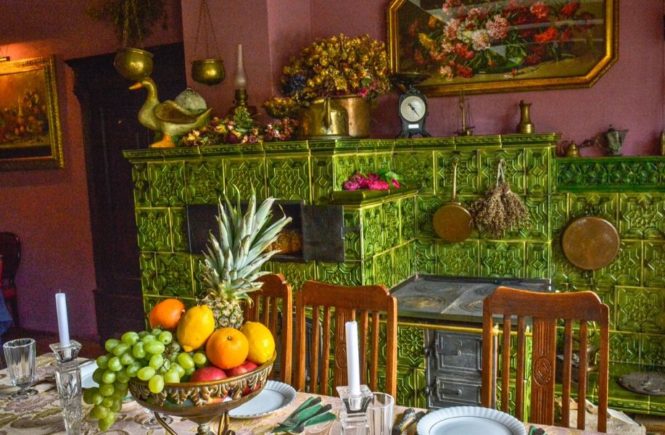