Sękacz from the Forest – The Famous Spit Cake from Żytkiejmy﻿ 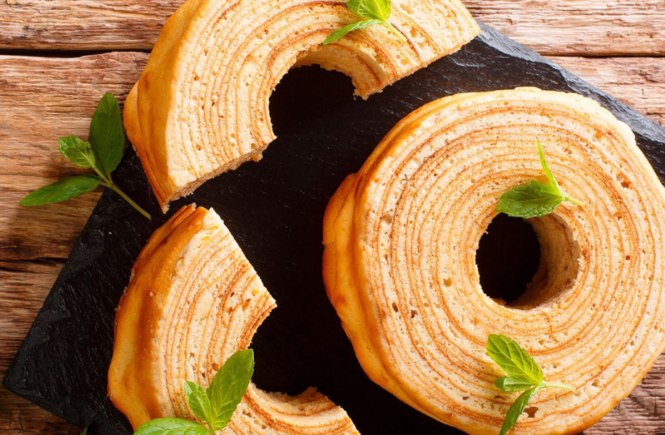 Perhaps many of you have already had the opportunity to try the Sękacz (pronounced sen-CATCH), the cake famed in northern Poland that is baked on a rotating spit. We have tried many, but it was the Sękacz from the Forest that won our hearts. And this is because there are no half measures when it comes to making it! Only the best products and a real open fire are used to create that unique and unforgettable taste.

We came across Mrs Bożena Mikielska from Żytkiejmy, the local Master Sękacz Maker, while collecting material on Masuria for the Tourism Blogging Championship.

Once we made our introductions and divided up the tasks, we rolled up our sleeves and started breaking the eggs, separating the yolks from the whites, whipping the whites, and then adding cream, butter and flour to the yolks to prepare the dough, which is somewhere between pancake dough and a sponge cake.

Everything that we had read up about the legendary Sękacz came true – it is an incredibly sociable cake! It cannot be prepared single-handedly as there’s so much to do at once, so it must be prepared in a bigger group so that all the different things required can be done at the same time. What better reason to meet up?

After about half an hour of culinary preparations which ended in adding arrack flavouring, we were ready to head outside to light the fire.

All that remained was to bring the wooden spit tightly wrapped in baking paper and bound with string.

The moment of placing the wooden spit on the fire is absolutely crucial because it has to be skilfully turned so as not to burn the baking paper or the string. Then, the dough is gradually poured over the wooden spit, rotating it slowly for the thin layers to be baked through.

The famous shape of the cake resembling a cross-section of a tree trunk with knots, from which it takes its name, slowly starts to form after a certain time. The whole baking process takes over an hour which, considering the earlier dough preparations, gives a fun-packed one and a half hours.

The Sękacz is baked over an open fire of hardwood logs, preferably alder, beech, and sometimes birch. The fire must be strong enough for the flames to go outside the fire pit.

Making a Sękacz at home, without the required experience, borders on a miracle because a suitable rotating wooden spit is required.

Once the cake is baked, it must be left to rest… unless someone like us is greedy enough to try it straight away.

Sękacz from the Forest Recipe

The History of the Sękacz

The tradition of baking cakes on a fire goes back to the pagan times on these lands. It was known among the Baltic tribes, the Yotvingians, for instance, who resided in the forest. They worshipped their idols, making offerings of meat, honey and cakes. According to one of the legends, the first Sękacz cake was offered to Queen Bona Sforza in the court of Berżniki near Sejny. She was so taken by the cake that it later made its way to the Kings table at Wawel Castle. It was also well known to the Prussians, who called it the Baumkuchen.

Interestingly, the Sękacz is also very popular in Japan but there the cake is baked smooth with no knots.

Mrs Bożena Mikielska who invited us to bake the “Sękacz from the Forest” with her, is the founder of the Żytkiejmska Struga Association. In 2019, an unofficial world record was set by a 5-metre Sękacz. An impressive 1,000 eggs, 25 kg of flour, 25 kg of sugar, 25 litres of cream, and arrack flavouring were used to make it.

Special scaffolding was put up to be able to admire Mrs Bożena Mikielska’s masterpiece. Perhaps this scaffolding will see the light of day again someday?

The Sękacz is one of the most iconic tastes of this part of Masuria. No wedding, First Holy Communion, Christening, or even Christmas can be celebrated without it! The attachment to this cake of the locals living in Podlasie is also very strong.

It is also worth adding that the Sękacz from the Romnicka Forest was recently entered onto the List of Traditional Products kept by the Ministry of Agriculture and Rural Development. 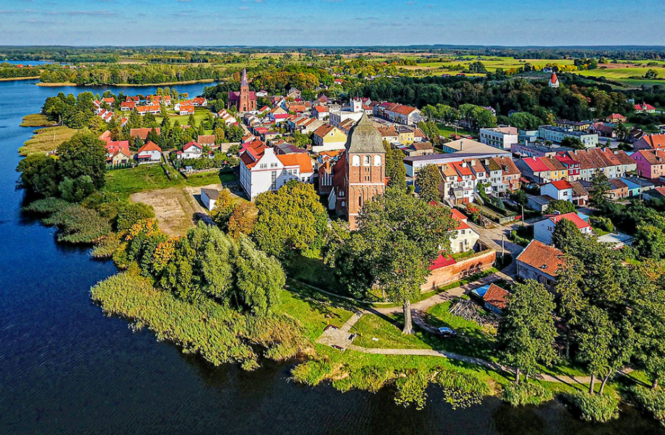 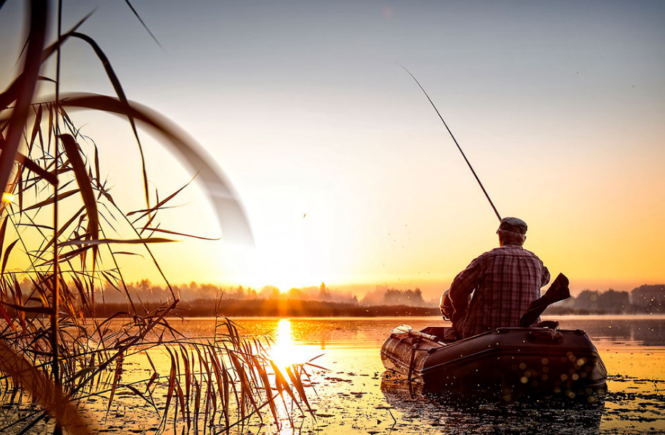 ﻿Get a Taste of Fishing Adventures